A Clog Avec Cause 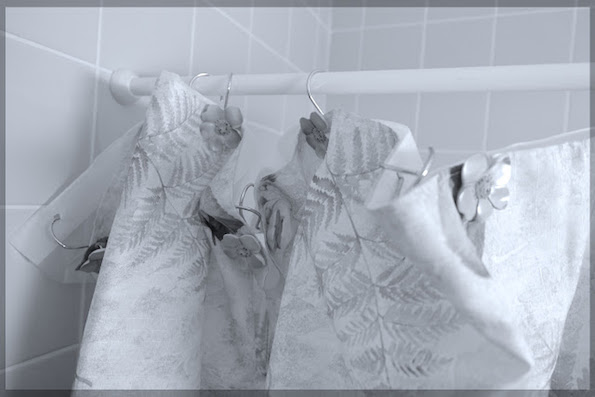 We’re experiencing a few anger management issues with our shower curtain. For the past week our kitchen sink has been clogged and we’ve been washing our dishes in the tub. The bathroom is not down with that. Neither are my knees, my back, and my proactive disposition, which instead opts to leave dirty dishes piling up in the kitchen to remind my husband this is the room we’re supposed to be doing them in.  He’s refused to call the plumber, assured somehow that his PhD in biochemistry will lead to unclogged pipes—the same way this stature got us the apartment in the first place. But now, we’ve surpassed that assumption.

The truth is, this clog has become an exponential source of paralytic anxiety for both of us. To fix it, we must first get permission from property management and that’s a whole other level of clog that dismisses, then denies, patronizes and then blames. Tenancy laws are similar to those in Canada except in Switzerland property owners generally have an uncivil attitude towards the rules, relying steadily on the population’s proneness to be easily dispirited.

To our surprise, in a thirty second call, the regis sends a plumber right away. It is the plumber that misses the appointment, and then loses our address, but he shows up friendly and full of advice.

“C’est profond,” he says as he attaches another strip of auger to the tubing already down the sink. If the clog had been located in the trap, we would have had to pay. But ten metres into the wall, it's clearly a clog ‘avec cause’. And it's taking a while. Me and a complete stranger with plenty of time for small talk in a language I don’t understand and an odour resembling the bowels of hell. Not awkward at all.

He sits on the floor, sullied in putrid vegetable matter and tells me he enjoys his job. He’s a family man. When he's done, he looks at my water heater and tells me if it clogs, it could explode. I thank him for his time. He is a source of kindness I did not expect and it made my week. Relief, elation, reflection and resignation.

Now I have to do some cleaning. Move over shower curtain. I’m first in line.